Aloy arrives in the hit MMO Genshin Impact on PlayStation

During the Gamescom Opening Night Live event, miHoYo’s hit MMO, Genshin Impact, is getting a cross over with Sony’s hot property Horizon.

Genshin Impact has not been on PlayStation for long, yet it’s already making a mark. The cast of characters available are sizeable, and to add to the list is Aloy, the first crossover character in what will more than likely be the first of many.

Aloy will be a Ranger/Archer class with a unique ability to throw and detonate a bomb with an arrow. The ability to roll will also be present. Unfortunately, that’s all that was revealed during the short clip of how the character plays.

She will come in the Genshin Impact patch 2.1 for free with early access on PlayStation 4 and PlayStation 5 on the 1st of September. 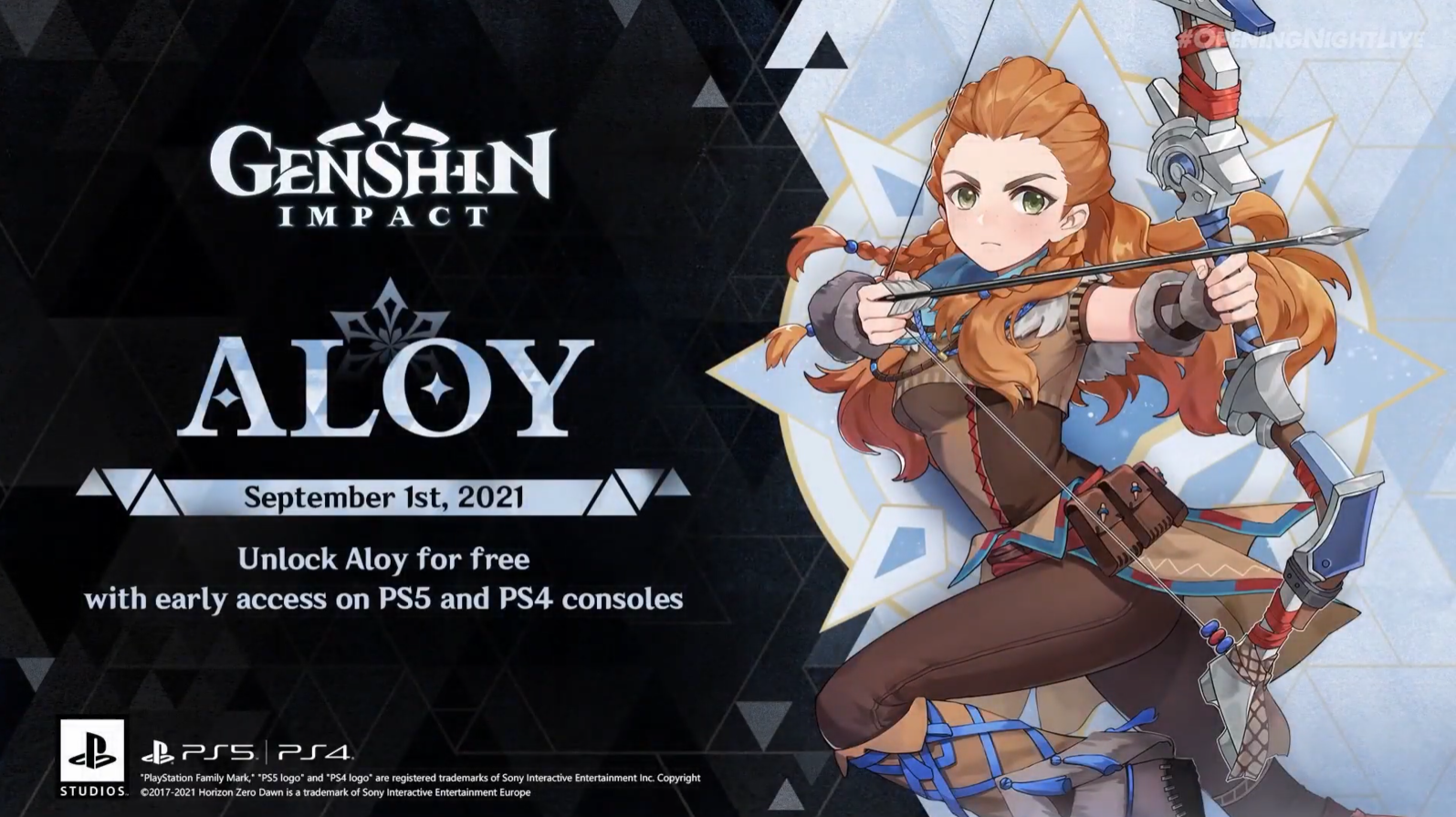 PlayStation fans won’t be the only ones to get a hold of Aloy as she will be coming to all platforms in patch 2.2. So if you’re a fan of Horizon: Zero Dawn and do not own a PlayStation, you will still get to play as the heroine.

Keep in mind that Aloy will be available only for a limited time.

Genshin Impact is nearing its first birthday, despite being only recently released in the West. There will be a Genshin Concert 2021: Melodies of an Endless Journey on the 3rd of October performed by Belgium’s Flanders Symphony Orchestra to celebrate its first anniversary.

DeadMau5 is releasing a virtual music experience on Core