Super Crush KO will be the next game to have a limited edition physical release for the Nintendo Switch, courtesy of Super Rare Games.

Super Rare Games has announced that it will be releasing a limited run of physical editions of the colourful brawler Super Crush KO for the Nintendo Switch.

According to its website about page, Super Rare Games has been releasing physical copies of games since its first release in 2018 and has since published the “most physical Switch games of any company in Europe”. Super Rare Games aim to bring game collectors “the very best physical content for the Nintendo Switch” and curate a collection of the best indie games. Super Crush KO is now the newest addition to that list, alongside other titles such as Little Inferno, Lovers in a Dangerous Spacetime and Yes, Your Grace.

The steam page for Super Crush KO provides a synopsis of the game:

Super Crush KO is a fast-paced brawler set in a vibrant, near-future city. Zip up your favourite neon jacket and combo your way through swarms of deadly robots to save your kidnapped kitten and, while you’re at it, save humanity from an AI apocalypse.

Super Crush KO was released in January 2020 and has been met with overwhelmingly positive reviews, making it an excellent contender for a limited edition release.

Super Rare Games has stated that the release will be a rare print with only 4000 copies being made available and there will be a strict limit of 2 copies per person. 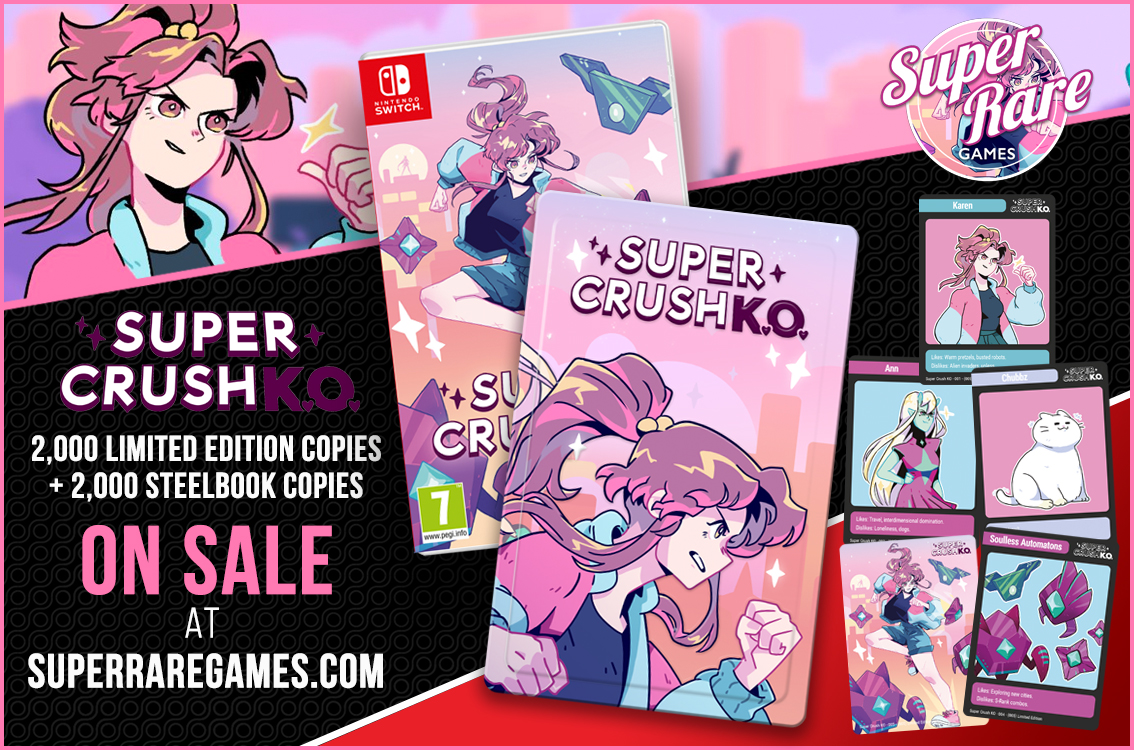 The physical release will include the Nintendo Switch cartridge, interior art, a full-colour manual, an exclusive sticker, sticker sheet and a three-card trading card pack. In addition, a steelbook edition is also available, which includes all of the above plus a steelbook and fully reversible cover. There will be 2000 copies of each edition available.