The Cruel King and the Great Hero will be available for the Nintendo Switch and PlayStation 4 in early 2022. 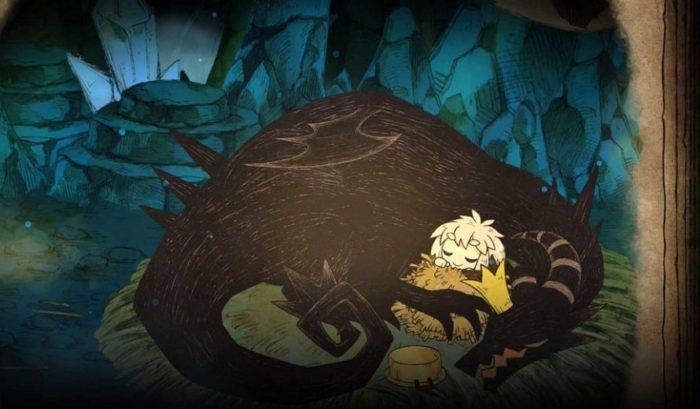 NIS America has provided a synopsis of the game on the official web page:

Once upon a time, a brave hero battled a terrifying dragon known as the Cruel King and eventually emerged victorious. However, instead of delivering the coup de grace, the hero decided to cut off one of the dragon’s horns, proclaiming, "You must atone for your sins." In the days that followed, the hero spent time with the dragon as he healed, and before they knew it, the hero and the dragon became very close friends.

One day, years later, the hero suffered a fatal wound, survived by his only daughter, Yuu. He asked his good friend to raise his daughter into a great hero, and the mighty beast gave him his word as the hero’s dying wish.

From that moment forth, he has watched over Yuu, serving as her protector and guide on her many adventures so that one day she can become a great hero. However, these idyllic moments won’t last forever, as the inevitable resurfacing of the truth of the Cruel King’s past nears, heralding new trials for both the king and Yuu...

The official web page also highlights some upcoming key features of the game, including:

The game is confirmed to be a side-scrolling RPG, much like director Sayaka Oda’s 2019 game The Liar Princess and the Blind Prince which was similarly available for the Nintendo Switch and PlayStation 4.

Pre-orders for both the $59.99 ‘Storybook Edition’ (PS4, Switch) and the $104.99 ‘Treasure Trove Bundle’ (PS4, Switch) are now available on the NIS America online store. Both editions of the game include a physical copy of the game, the collector’s box, an "Adventures of the Great Hero" hardcover art book, the "Scores of Bravery" digital soundtrack and a 6” great hero plush whilst the ‘Treasure Trove Bundle’ also includes an acrylic puzzle and 8” dragon king plush.

Gamescom 2021 has confirmed partnerships, including Ubisoft, Xbox and EA